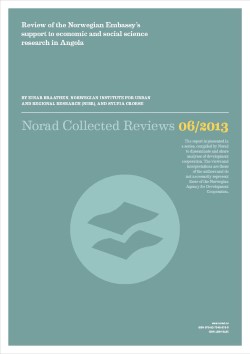 The Norwegian Embassy has supported the research institute CEIC (Centro de Estudos e Investiga,tio Cientl/ica) at the Catholic University of Angola (UCAN) since 2007 through a core financial support. In addition, in 2008, a joint research collaboration programme was launched with CEIC and Chr. Michelsens Institute (CMI) as partners. A second phase of these programmes was embarked upon in 2010 and 2011, respectively.

These two projects are linked, but have separate contracts. Though reporting is separate on the two contracts, annual and semi-annual meetings are held jointly to facilitate synergies between the two projects. The combination of CEICs thorough knowledge about the policy environment in Angola and CMI's experience is expected to result in relevant and academically sound research. The current contracts of the two projects are set to expire in 2013 and 2014, respectively.