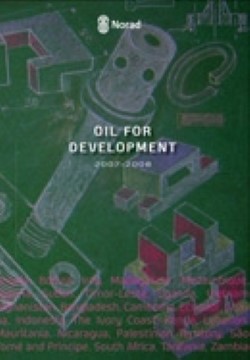 The Oil for Development initiative (OfD) aims to assist developing countries, upon their request, in their efforts to manage petroleum resources in a way that generates economic growth, promotes the welfare of the population in general and which is environmentally sustainable.

The OfD initiative was launched by the Norwegian Government in September 2005. This report for 2007, which includes plans for 2008, is the first unified description of the initiative. It shows a rapidly growing programme in response to an increasing demand from a number of countries for the services of OfD. The budget for 2008 is NOK 240 million.