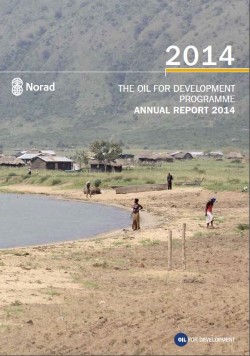 The Oil for Development (OfD) Programme offers assistance to developing countries in their efforts to manage petroleum resources in a sustainable manner. Oil and gas play an important role in an increasing number of developing countries, and have the potential to generate economic and social development. In several cases, however, it has proven difficult to translate the resource into improved welfare for citizens of those countries.

Through the OfD Programme, Norway shares its experience from five decades of managing oil and gas resources. Some key characteristics of the Norwegian experience are: strategic ownership by the state, strong and competent institutions, continual accumulation of technical knowledge, an advanced regulatory system with high respect for the environment, health and safety, and perhaps above all – society’s determination to secure national control over its petroleum resources. Norway continues to receive numerous requests from countries that wish to learn from this experience, which is why the Government of Norway initiated the OfD Programme in 2005.

The country programmes constitute the core of the OfD Programme. At the end of 2014, the OfD country portfolio counted 11 countries. The Programme entered into new long-term agreements in Angola, Cuba, Lebanon and Mozambique. Extensive efforts were put into the planning and preparatory phase of these new programmes.

An extensive end review of the fiveyear long Ghana programme pointed to major achievements, and it was decided to continue the cooperation in a new phase. It was also agreed to continue the Uganda programme for a three-year period. The country programmes in Bolivia, Liberia, Nicaragua, Sierra Leone, São Tomé and Príncipe were concluded in 2014, and the already concluded programme in Timor-Leste was formally removed from the OfD portfolio.

The Programme also continued its cooperation with the International Monetary Fund (IMF ) in 2014, in order to provide more assistance to petroleum revenue management. New IMF projects were introduced in Lebanon and South Sudan, and IMF assistance was provided to Mozambique, Tanzania and Uganda. The IMF cooperation also included activities in Liberia and São Tomé and Príncipe.