AAA
To change text size
Press Ctrl (Cdm on a Mac) and press + to increase or - to decrease.
Large areas of plantations in Papa Ny-Guinea. What was once a rainforest is replaced by oil palms for the export of palm oil.
Show description
Photo: Gunnar Zachrisen / Bistandsaktuelt
The farmer Paulo Evarista represents one of several hundred families in the state of Pará, in the Amazon who is trained in using better techniques and methods of farming. It has changed the life of Paulo and the family. Paulos farming methods has become far more efficient in short time. The crops improved and so did the economy of the household.
Show description
Photo: Marte Lid/Norad
Slash-and-burn agriculture is driven by cutting down forests and burning the vegetation, after which food is grown, e.g. soy and grasslands, directly in the ashes. The technology is not sustainable because soil quality is rapidly deteriorating for further cultivation, if not supplied with nutrients. Farmers must therefore regularly move to a new forest and repeat the process.
Show description
Photo: Espen Røst / Bistandsaktuelt
Norwegian aid funds for the environment are no longer used solely on biodiversity and indigenous peoples territories. Now, top-level police, with weapons in hand, are also supported by Norwegian aid funds. Up to 90 per cent of all timber sold from the world's rainforests is illegally chopped, according to a UN report.
Show description
Photo: Espen Røst / Bistandsaktuelt
The Amazon Fund supports, among other things, the Wajapi tribe north of the Brazilian Amazon in their efforts to preserve the rainforest. They teach the Wajapi how to best manage and protect their territory, including training in the use of GPS equipment. Thus, the the Wajapi can use modern technology to protect the forest.
Show description
Photo: Marte Lid / Norad
The Congo Basin: The world's second largest rainforest is located in Central Africa and is an important part of the climate solution.
Show description
Photo: Jan Speed / Bistandsaktuelt
In Indonesia lies the world's third largest tropical rainforest.
Show description
Photo: Frida Skjæraasen / Norad 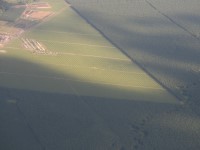 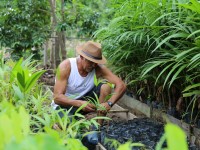 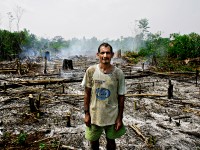 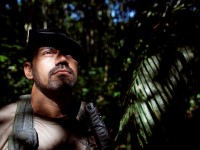 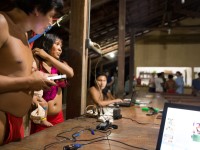 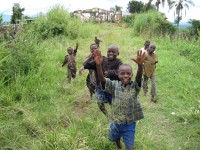 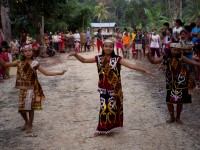 The Government of Norway’s International Climate and Forest Initiative

The world’s tropical forests are home to millions of human beings and more than half of the world’s known plant and animal species. They are also an enormous carbon sink.
Print
Share
Share
Tweet
Tweet
E-mail

Norway’s international Climate and Forest Initiative (NICFI) leads these efforts from the Norwegian Ministry of Climate and Environment.  Norad manages significant parts of the funds under the climate and forest initiative on behalf of the ministry.

Destruction of forests threatens millions of people who depend on forests for their subsistence. Many of these people are among the world’s most vulnerable.

In spite of many efforts to reduce the problem, deforestation continues at an alarming rate. 13 million hectares of forests were lost every year between 2000-2010, according to estimates by the UN Food and Agriculture Organization (FAO).

Deforestation and forest degradation cause huge emissions of greenhouse gases. 24 per cent of total man-made greenhouse gas emissions come from forestry and agriculture, according to the Intergovernmental Panel on Climate Change (IPCC).

Deforestation is also a key factor behind the current biodiversity crisis.

The drivers of deforestation are many and vary among countries and regions. There is one common denominator. It is currently more profitable, at least in the short term, to convert a forest to other uses than to leave it as a natural ecosystem.

The awareness of the enormous value of natural ecosystems for our economy and welfare is increasing.

The Climate and Forest Initiative has established a series of partnerships with key forest countries.

Results-based, predictable and adequate funding streams is the main tool for reducing emissions from deforestation and forest degradation. The intention is to change the economic logic in favor of the global climate and the forests.

NICFI’s overall goal is to contribute to the reduction and reversal of tropical forest loss to enable a stable climate, preserved biodiversity and sustainable development.

All these efforts should promote sustainable development and the reduction of poverty.

REDD+ is not simply an issue of improved forest management. It is a fundamental development choice.

The climate change mitigation potential of REDD+ must offer a more attractive and viable development option than the destructive uses of the forests.

To achieve the objectives of The Climate and Forest Initiative, Norway is pursuing four main tracks:

While the initiative was originally thought to last until 2020, the Norwegian government has since promised to extend it through 2030. Norway has so far supported efforts to reduce deforestation in more than 70 countries.

One of the main results was the signing of the Paris Agreement in 2015, in which world leaders agreed on an ambitious new climate change agreement.

The Government of Norway’s International Climate and Forest Initiative

Visit out digital world map to learn more about the climate and forest projects supported by Norad. See which organisations we support, where they work and what outcomes they hope to achieve.